Some candies say Taste the Rainbow, but not when it comes to artificial flavors and colored dyes
Posted on:May 28, 2015 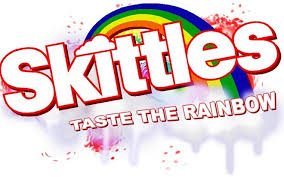 The Dangers of food coloring dye better known as “artificial” colors added to the foods you eat everyday.

The US Food and Drug Administration divides food colorants into two categories:

Certifiable Color Additives which are derived from petroleum distillates or coal tars and are essentially synthetic chemicals created in laboratories. These are often referred to as “artificial” colors.
One is Red 40, commonly used food coloring dye added to a variety of products. While it may make food esthetically pleasing in appearance, it can cause a negative reaction in those who consume it.Children are most often the ones who have sensitivity tored 40, whether or not their parents have realized it or not. Reactions include temper tantrums, hyperactivity, aggressive behavior,  uncontrollable crying and screaming, kicking nervousness, dizziness, inability to concentrate and sit still among other findings. Physically you may get frequent headaches or migraines, upset stomach and feel ill after ingesting this additive. Often when Red 40 is eliminated from the child’s diet a remarkable change is noticed immediately.Red 40 is used in many food products includingkool-aid, orange and other flavored sodas,cheetos anddorito chips, strawberry pop-tarts, any candy with red coloring to it including m&m’s, skittles, many chewing gums, etc. Also many children’s vitamins and pain relievers/cold medicine have red 40 in the ingredients.When red 40 was first approved by the FDA as a food coloring additive there was some controversy as to whether or not it caused tumors and cancer. Those claims have been proven to be false but now many parents, Doctors and Teachers are becoming aware of other concerns regarding intake of red 40, especially in young children.Many times consumable products include both high amounts of sugar as well as red #40 so it can be hard to determine if the child’s behavior or reaction is because of the sugar or because of the food dye. Both can cause similar results but it is clear that red 40 can be a culprit on it’s own as similar results occur when sugar is not present. Children who have been diagnosed with ADHD (Attention Deficit Hyperactivity Disorder) generally have significant improvements of their behavior and ability to concentrate when artificial additives such as red food dye is removed from their diet. Red 40 can also affect adults; it is a common trigger for migraines. It can also cause an upset stomach and make you feel uncomfortable and jittery.
There are many others that will shock you below:
ARTIFICIAL COLORINGS

Most artificial colorings are synthetic chemicals that do not occur in nature. Because colorings are used almost solely in foods of low nutritional value (candy, soda pop, gelatin desserts, etc.), you should simply avoid all artificially colored foods. In addition to problems mentioned below, colorings cause hyperactivity in some sensitive children. The use of coloring usually indicates that fruit or other natural ingredient has not been used.
Some foods are artificially colored with natural substances, such as beta-carotene and carmine.  Please refer elsewhere in Chemical Cuisine for them.

One (unpublished) animal test suggested a small cancer risk, and a test-tube study indicated the dye might affect neurons. It also causes occasional allergic reactions. Blue 1 might be safe for people who are not allergic, but it should be better tested.

Animal studies found some—but not conclusive—evidence that Blue 2 causes brain cancer in male rats, but the Food and Drug Administration concluded that there is “reasonable certainty of no harm.

Artificial Coloring: Skin of some Florida oranges only.

The amounts of this rarely used dye that one might consume, even from eating marmalade, are so small that the risk is not worth worrying about.

A 1981 industry-sponsored study gave hints of bladder and testes tumors in male rats, but FDA re-analyzed the data using other statistical tests and concluded that the dye was safe. Fortunately, this possibly carcinogenic dye is not widely used.

Approved for use only in sausage casings, high doses of this dye are harmful to the liver and bile duct. However, that is not worrisome because Orange B has not been used for many years.

The evidence that this dye caused thyroid tumors in rats is “convincing,” according to a 1983 review committee report requested by FDA. FDA’s recommendation that the dye be banned was overruled by pressure from elsewhere in the Reagan Administration. Red 3 used to color maraschino cherries, but it has been replaced there by the less controversial Red 40 dye. It is still used in a smattering of foods ranging from cake icing to fruit roll-ups to chewing gum.

The most widely used food dye. While this is one of the most-tested food dyes, the key mouse tests were flawed and inconclusive. An FDA review committee acknowledged problems, but said evidence of harm was not “consistent” or “substantial.” Red 40 can cause allergy-like reactions. Like other dyes, Red 40 is used mainly in junk foods.

The second-most-widely used coloring causes allergy-like hypersensitivity reactions, primarily in aspirin-sensitive persons, and triggers hyperactivity in some children. It may be contaminated with such cancer-causing substances as benzidine and 4-aminobiphenyl (or chemicals that the body converts to those substances).

Industry-sponsored animal tests indicated that this dye, the third most widely used, causes tumors of the adrenal gland and kidney. In addition, small amounts of several carcinogens, such as 4-aminobiphenyl and benzidine (or chemicals that the body converts to those substances), contaminate Yellow 6. However, the FDA reviewed those data and found reasons to conclude that Yellow 6 does not pose a significant cancer risk to humans. Yellow 6 may cause occasional, but sometimes-severe hypersensitivity reactions.

Hundreds of chemicals are used to mimic natural flavors; many may be used in a single flavoring, such as for cherry soda pop. Most flavoring chemicals also occur in nature and are probably safe, but they are used almost exclusively in junk foods. Their use indicates that the real thing (often fruit) has been left out. Companies keep the identity of artificial (and natural) flavorings a deep secret. Flavorings may include substances to which some people are sensitive, such as MSG or HVP.

Since you asked, what are really in Skittles?  See link
And that would go for most of the other colored candy you and your family enjoy.
Artifical colorings from http://www.cspinet.org/
Read CSPI’s new report, “Food Dyes: A Rainbow of Risks,” to learn more.