I can are two powerful words that make an even more powerful exclamation—I can! For the overwhelming majority of people that sentence can be a true one. People can do what they believe they can do. Perhaps no other quality has the power to lift the poor out of poverty, the hopeless out of despair, the ill out of sickness, the downtrodden out of grief, as belief. For example, Norman Rice could not become Seattle’s first African-American mayor unless he believed it first. Cito Gaston, skipper of baseball’s Toronto Blue Jays, could not become the first African-American manager to guide his team to a World Series title unless he believed it first. And Clifton Wharton, Jr., the Deputy Secretary of State, could not become the first African American to receive a Ph. D. in economics from the University of Chicago unless he believed it first! The gap between what an individual thinks he can achieve and what is actually possible is very, very small. But first, he must believe that he can.

I will examine my life and identify those areas where I can utilize my special talents. 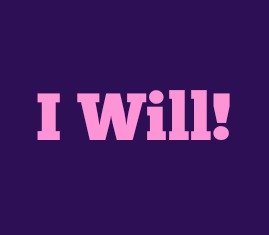