The Most Common Eating Disorder Is One You’ve Probably Never Heard Of
Posted on:Dec 29, 2015

Some consider OSFED a less serious version of “real” eating disorders, but it can be just as deadly to those who suffer from it.

1. There is an eating disorder called OSFED that is actually more common than anorexia and bulimia.

OSFED stands for “Other Specified Feeding and Eating Disorders” and is a subclinical categorization to describe eating disorders that do not meet all of the required qualifications of anorexia nervosa, bulimia nervosa, and binge-eating disorder, as recognized by the Diagnostic Statistical Manual (DSM).

To put the numbers in perspective, 1 in 200 adults will suffer from anorexia nervosa, but at least 1 in 20 (and 1 in 10 among teen girls) will exhibit eating disorder symptoms that could get them an OSFED diagnosis, Jennifer J. Thomas, Ph.D., co-director of The Eating Disorders Clinical and Research Program at Massachusetts General Hospital and co-author of Almost Anorexic, tells BuzzFeed.

And OSFED is just as problematic as the clinical eating disorders. “Regardless of diagnosis, the level of pain and distress is the same, and help is available regardless of the number on the scale,” Thomas says.

2. Anorexia nervosa, bulimia nervosa, and binge-eating disorder are diagnosed under a list of symptoms that can leave many people out. 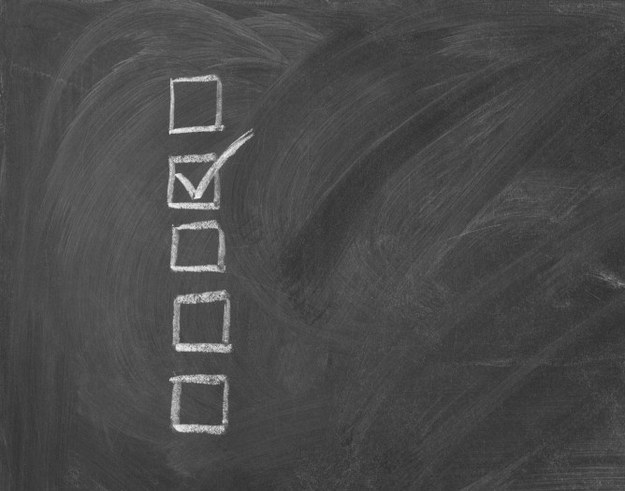 Diagnosing these eating disorders requires a specific list of symptoms. If you only have some of the symptoms, you don’t get the official diagnosis.

For example, a bulimia diagnosis requires that a person both binge eats and purges their food. So eating a normal-size meal and throwing it up doesn’t qualify as bulimic, even though it’s clearly an unhealthy eating behavior. Similarly, people may exhibit all the symptoms of anorexia but not be far enough below a healthy weight to meet an official diagnosis.

3. But when it comes to understanding OSFED, it might be helpful to think of eating disorders falling on a continuum.

You might not check off all the boxes for an official anorexia or bulimia diagnosis, but that doesn’t mean that you don’t have disordered eating patterns, or that you don’t need help or shouldn’t seek treatment. “Patients might feel they are not in need of or deserving of treatment unless they fall into a different category, which can be detrimental to recovery,” Rachel Cohen, LCSW, site director at The Renfrew Center of Northern New Jersey, tells BuzzFeed.

4. The chart below demonstrates how many factors can be at play in individual cases. 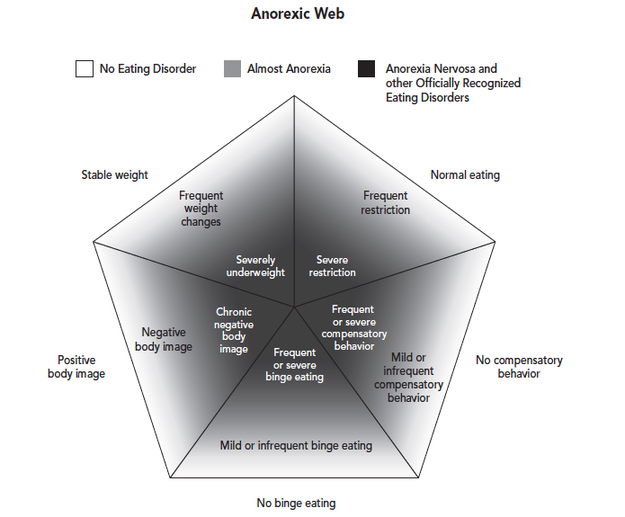 “This can lead to people who are truly struggling to go for longer periods of time without help, or deter them from ever seeking help at all,” Cohen says. “This also makes it more difficult for people who are struggling with this to be open with family and for families to understand their struggle.”

6. Suffering from OSFED in silence is dangerous — it can be just as fatal as clinical eating disorders.

“According to my research, subthreshold eating disorders can be just as severe as anorexia nervosa in the areas of eating pathology, physical complications, and other mental health problems,” Thomas says. “Eating disorders affect your whole body from the hair on your head to the tips of your toes. Even individuals who look ‘normal’ can die unexpectedly from complications of purging, including low potassium that causes their hearts to stop.”

7. If you think you may have an eating disorder, here are some symptoms to look out for:

Though figuring out of if you have an eating disorder can feel overwhelming, Thomas suggests that you start by asking yourself the questions below. The more “yes” answers you gave, the more likely it is that your relationship with food and body image are problematic.

1. Are you underweight, or does your weight frequently shift due to repeated attempts to drop pounds?
2. Do you regularly restrict your food intake by amount or variety?
3. Do you eat large amounts of food while feeling out of control?
4. Do you try to “make up for” calories consumed (e.g., vomiting, laxatives, diuretics, exercise, fasting)?
5. Does negative body image interfere with living your life to the fullest?

8. There are many resources for identifying and understanding your relationship with body image, food, and exercise.

Visit Almost Anorexic for a free and confidential screening.

You can download the Recovery Record app to keep track of harmful thoughts and feelings about food.

For more information on diagnosis and treatment, visit The Renfrew Center or dial 1-800-RENFREW.

If you will have difficulty paying for eating disorder treatment, scholarships are available to qualified applicants to Project Heal and The Manna Fund.

9. Though it is hard to take the first step, there is treatment, support, and recovery for those who want to live free of eating disorders.