Here’s what getting fit has to do with getting busy.

1. Exercise gets your blood flowing. (Everywhere.)

Sebas and Clim / Via vimeo.com

“Your whole sexual response has so much to do with blood flow,” Dr. Madeleine Castellanos, NYC-based sex therapist and author of Wanting to Want, tells BuzzFeed Life. When you’re turned on, your erectile tissue fills with blood (whether your erectile tissue is external, as with the penis, or internal, as with the vagina), so in order to be able to fully experience genital arousal, good circulation is essential. Regular exercise improves circulation and helps keep people healthy and off of medications for conditions like high blood pressure and Type 2 diabetes, which, Castellanos says, can all mess with blood flow.

2. It can also help with ~genital arousal~ in other ways.

In fact, exercise is so effective at getting the ol’ SNS going, it’s thought to even be a “useful prescription” for people taking anti-depressants that lower sex drive.

“Stress short-circuits sexual arousal,” Castellanos says. And she says that exercise essentially trains your body to deal with daily stressors in a more effective way by allowing it to practice dealing with the physiological effects of the rise in cortisol brought on by exercise — rapid heartbeat, fast and heavy breathing — without the presence of the anxiety or worry, or other psychological components of a stress response.

Chronic stress sets you up for anxiety, depression, and sleep problems, all of which make it tough to feel frisky. But training your body to better deal with life stress can mean more relaxation more often. “So, something that would worry you for hours can worry you for a couple minutes,” she says. That leaves more time and energy and a better mood for getting busy.

4. It can enhance sexual satisfaction by helping improve body image.

Anyone who’s wanted to cut the lights before getting familiar can attest to the fact that there is indeed a link between body image and a satisfying sex life. But in case you want evidence that’s a little more science-y, a 2008 study of about 400 college students concluded that body image issues influenced sexual satisfaction, with higher levels of body-related self-consciousness being linked to “problematic” sexual interactions. In other words, the worse you feel about your body, the less satisfying your sexual experiences. It stands to reason that working out will help you feel more satisfaction down the line, through improving your self-esteem.

“Sexual activity is as much mental as it is physical,” study author Tina M. Penhollow, Ph.D, associate professor of exercise science and health promotion at Florida Atlantic University says. After all, your biggest sex organ is your brain. “A positive perception of self can raise self-esteem and make people feel sexy, confident, and attractive,” she says.

5. In fact, it can make you think you’re hot AF and especially skilled in the bedroom.

A 2004 study (also by Penhollow) found that college students who self-reported above-average fitness levels also self-reported being above average when it came to sexual desirability and sexual performance. In an email to BuzzFeed Life, Penhollow said that being active is a potent aphrodisiac in a number of ways — in part because it can enhance your overall self-esteem and body image.

BTW, the study didn’t measure anyone’s actual fitness levels, it just asked for self reports. This tells us that it’s not necessarily being fit that leads you to think you’re a hot ticket, but rather thinking you are because you’re exercising regularly. Score.

6. Post-workout euphoria can really get you going.

“Physical activity triggers the release of endorphins, the body’s natural pain killers and feel-good hormones, which are connected to the production of sex hormones,” Penhollow says.

To get that sweet, sweet rush of sexy endorphins, it’s thought that a “comfortably challenging” workout is best.

7. It balances the hormones that power your sex drive.

Though the relationship between testosterone and sex drive isn’t fully understood, it seems that the combination of testosterone and estrogen work to create sexual desire, says Castellanos. Happily, exercise is known to boost testosterone…which can help power your sex drive.

8. Certain workouts can strengthen the muscles that make orgasms robust.

Sebas and Clim / Via vimeo.com

Your pelvic floor muscles contract when you have an orgasm. Keeping those muscles strong will ensure that you continue to have terrific orgasms. Doing kegels (exercises that target your pelvic floor specifically) pull the sacrum (the structure that supports both the spine and the pelvis) inward. And doing other workout moves, like squats and glute bridges, for instance, will balance that out by strengthening the glutes, which pull the sacrum outward, Castellanos says. Stronger orgasms for everyone! 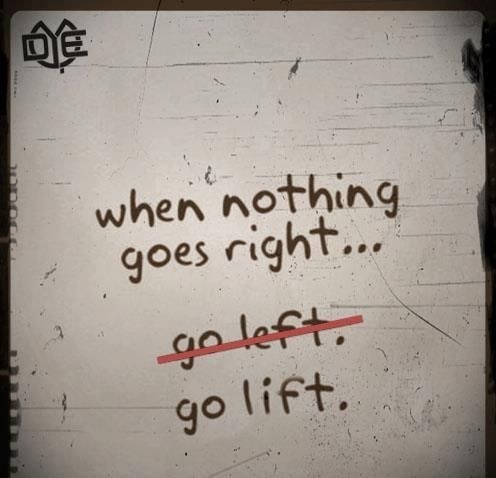 Being super sad and being hot and bothered tend to be mutually exclusive. In fact, one of the hallmarks of depression is a reduced ability to experience pleasure, and this includes sexual pleasure. But exercise seems to offer some relief. A study that treated subjects’ depression with either exercise only, medication only, or a combination of exercise and medication found that participants who received any of these treatments were much less depressed, and that six months later it was subjects in the exercise-only group who were more like to be partially or fully recovered from their depression.

10. It improves stamina, endurance, and strength which means being able to have sex longer and in a variety of positions.

Sure, it’s great to get in shape so you don’t get winded climbing stairs or carrying groceries. But let’s not forget the health benefits of exercise that allow you to have have sex that’s more athletic, or that lasts longer. “Sex is a physical activity. Therefore, when you have good conditioning, it translates to more endurance in the bedroom,” Castellanos says.

Castellanos adds that resistance training is doubly awesome for sexual satisfaction. It protects against problems with back pain while increasing strength so that you can maintain different sexual positions and experiment with more variety in the bedroom. “It opens up your world,” she says.

“Sexual activity is an entire body experience and so it is important to keep muscles, blood vessels, and nerves performing at peak levels,” Penhollow says in an email. “Participating in any form of exercise that increases heart rate, breathing, and muscle activity can … enhance overall sexual satisfaction.”

What are you waiting for? Go and get swole! 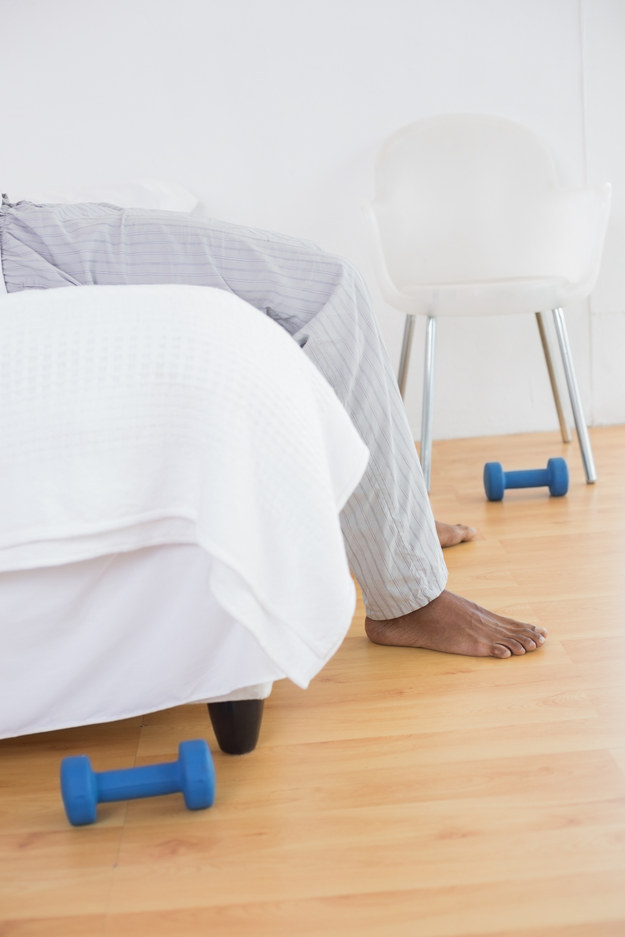