20 Healthy Habits You Should Adopt In Your Twenties
Posted on:Jul 14, 2016

These habits are good for people of all ages, of course. But the sooner you get on it, the sooner you can reap the sweet, sweet benefits of healthy living.

1. Get between seven and eight hours of sleep per night.

Long-term research studies show that people who get significantly less than seven hours a night die younger. And some research shows that people who sleep more than nine hours also have problems. Dr. Timothy Morgenthaler, president of the American Academy of Sleep Medicine, says seven to eight hours is the sweet spot, according to an interview he gave to the Wall Street Journal.

Here are 14 scientific hacks to help you get a better night’s sleep, in case it helps!

More and more research is showing just how important it is for people to be one with nature. And even just living near it helps. For instance, people who live close (within about a half-mile) to a good amount of green space are healthier than those who live farther away from it, according to a 2009 study published in the Journal of Epidemiology & Community Health. People who lived close to a high percentage of green space had fewer anxiety disorders, and fewer infectious diseases of the digestive system, among other perks.

Plus, nature is real pretty.

Check out the National Park Service to find a park near you.

On a more serious note, having control over your reproductive decisions is tied to better outcomes for pretty much everyone (that includes you!). Research collected by the Guttmacher Institute shows that parents who choose when to have kids are happier; their relationships are more stable; and their relationships with the children are stronger. That’s compared to people who have kids by accident, who experience greater incident rates of depression and anxiety; are more likely to break up; and have worse relationships with their kids. And that’s not even getting into the economic benefits of family planning (so much more on all of that here).

Don’t know where to begin with all the birth control? Women’s Health offers a pretty thorough breakdown of every type, how it works, efficacy rate, and any side effects you should know about — that might be a good place to start.

Oh, and about that gonorrhea… WEAR A CONDOM EVERY TIME UNLESS YOU HAVE BOTH BEEN TESTED AND ARE IN A COMMITTED MONOGAMOUS RELATIONSHIP. Good, great.

4. Spend time with loved ones.

What are friends and loved ones for? Well, according to tons of research, people who have strong “social networks” (as in, loving friends and family members) reap many health benefits. And, on the flipside, people without strong social bonds tend to fare much worse.

Plus, on a totally non-scientific level: Love and friendship makes everything so much better. Obviously. So go call your mom or Gchat your friend to set up a yoga date. You’ll be glad you did.

5. Don’t smoke cigarettes. And if you already smoke, quit ASAP.

Longtime smokers lose about 10 years of their lives to the habit, according to research published in the New England Journal of Medicine. On the plus side, quitting before 35 can almost entirely eliminate that risk. So the sooner you quit, the longer you’ll live.

Need a hand? The CDC offers a list of resources to help you kick the habit.

6. Cook the majority of your meals at home, if you can.

One study from Cambridge University found that elderly Taiwanese people who cooked most of their meals lived longer than those who did not prepare the majority of their food at home.

Here’s what’s likely behind that: Cooking your own food gives you much greater control of what goes in it. You can make healthy ingredient swaps if you care to; you can also control portion sizes and the freshness of the ingredients when you’re cooking for yourself.

For yummy recipe suggestions, may we suggest signing up for the BuzzFeed Food newsletter? Here are 15 things you might discover if you do.

People who eat a lot of fruits and veggies also happen to have lower rates of cardiovascular disease, according to a huge study from Harvard.

For like, a gajillion reasons. According to research published in the American Heart Association journal Circulation, based on over 6,000 participants in the Framingham Heart Study, drinking one or more soft drinks a day is associated with:

9. And while you’re at it…stop drinking diet soda, too.

I know, I knowwww. I’m personally of the you-can-pry-my-Diet-Coke-from-my-cold-dead-hands persuasion, but the research here is pretty damning: Diet soda consumption is tied to incident metabolic syndrome and type 2 Diabetes, according to research published in the journal Diabetes Care. It’s also not actually a true “diet” product (if that’s what you’re going for), considering that people who drink diet soda are more likely to actually be overweight or obese than those who don’t drink diet drinks (see more on that here). Bottom line: Drink water, instead.

It is kind of a magical substance: It helps prevent kidney stones by keeping your kidneys from working overtime. It nourishes your skin. It helps keep your poops regular (teehee). And it’s essential for people who work out, because your muscles need it to stay energized (and to function, period). Plus more great reasons.

Here are 13 easy ways to drink more water every day, if it helps! 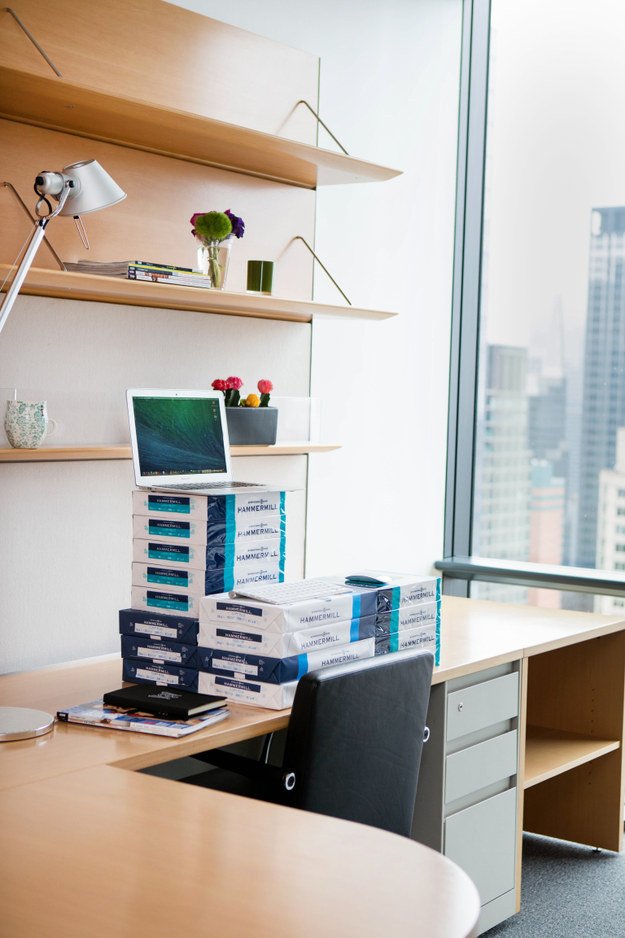 Sitting disease is a thing, for serious. Office workers, looking at you: See if you have the option for a standing desk, or if you can rig your own (check out these six standing desk hacks from Cosmopolitan for some smart ideas).

Otherwise, do what you can to reduce the time you spend sitting each day by about an hour total. If you’re at work sitting for eight hours, that means find a way to stand for seven and a half minutes each hour. Some ideas: Set your phone alarm for every hour, and then do laps around the office when it goes off. Take walking meetings, instead of sitting-at-a-table meetings. Stand up while you take conference calls. Take the stairs. Park in the far-away parking spot. Walk an extra few blocks to grab lunch instead of picking it up at the closest deli… Yeah, you get the idea.

12. Try to raise your heart rate for a sustained period of time every day.

You know this already: Experts recommend 30 minutes of moderate-intensity aerobic exercise per day, five days a week. The AHA also recommends at least two days a week of muscle-building exercises, for added benefits. From better heart health, to lowered risk of osteoporosis and diabetes, working out regularly is really good for your health. Plus, it boosts your mood. What’s not to love?

Pro tip that’ll help you get started with this one: 19 fitness secrets everyone should know. You’re welcome.

13. Go to the doctor for all necessary checkups.

Invest in your health now to avoid paying for it bigtime down the road. That means go to the doctor and dentist as often as the experts recommend — that includes checkups for gynecological health, eye exams, full physical exams, and more.

For a complete list of health checks for all ages and genders, look here to see what the CDC recommends.

14. Only take antibiotics when you actually need them.

That means toss the Amoxicillin and stick with Tylenol and cough suppressants if you’re dealing with a cold or flu. That’s because antibiotics only treat bacterial illnesses, and are ineffective against viruses. And the more antibiotics you take, the more you run the risk of building up a resistance to the antibiotics, meaning they’ll be less effective down the line when you may actually need them.

Beyond just making you a happier and more pleasant person to be around, showing gratitude can also enhance long-term well-being, according to research published in the journal Applied Psychology: Health and Wellbeing. So go ahead: Use that #Blessed hashtag in a non-ironic way.

And not just for the orgasms. There’s tons of research that shows that sex is actually great for your health — it can lower stress, help relieve migraine headaches, and boost your immunity, to name a few awesome healthy side effects.

17. If you drink alcohol, do it in moderation.

Alcohol has been associated with certain health benefits: Drinking in moderation is tied to lowered risk of heart disease, stroke, and diabetes. That said, and not to be a total buzzkill, excessive alcohol drinking is ALSO tied to some serious health risks, like an increased risk of breast cancer, for instance. Plus, recent research shows that excessive alcohol use is responsible for 1 in 10 deaths of adults between 20 and 64 years old (about 88,000 deaths in the United States every year — that’s more than car accident deaths and gun deaths put together).

The solution? If you’re going to drink, be smart about it. That means no more than one drink a day for women of all ages, and no more than two drinks a day for men under 65, according to the CDC. And definitely don’t do it if you’re pregnant, taking Rx meds that might react badly to it, or in recovery for alcoholism, among a few other disclaimers. Yes, even in the winter, and yes, even when it’s cloudy. Future you can thank me later.

That’s because daily sunscreen use has been shown to cut your risk of melanoma in half (melanoma is the deadliest form of skin cancer), according to research from Australia; in another study, it’s also been shown to actually slow the signs of aging in your skin.

19. Along those lines, avoid tanning beds.

Get this: People who first use tanning beds before age 35 have a 75% increased risk of melanoma, according to a review of 7 international studies published in the International Journal of Cancer. GAH.

20. And finally… End your crappy relationship sooner, rather than later.

Because life is short, and you deserve to be treated right.

But also because bad relationships can actually have a seriously negative impact on your health.

For starters, research published in the journal Health Psychology finds that women in good marriages have fewer incidents of cardiovascular problems than women in bad marriages. Further research published in the Journal of the American Medical Association found that women with heart problems in stressful marriages were 2.9 times more likely to have worse outcomes (read: more heart problems down the line) than women who were happily coupled.

And in a creepy study from Ohio State University, researchers gave a bunch of people blisters in order to determine that your body’s ability to heal itself is impaired if you’re in a stressful marriage. Meaning: The blisters took longer to heal when the people were unhappy with their relationships. Yikes!