These 6 Lifestyle Choices Aren’t As Bad For You As You Once Thought
Posted on:Jul 29, 2016

If you search the internet looking for the truth about healthy dos and don’ts, you’ll find some rather conflicting reports.

The news is always flooded with the latest university study announcing the next healthy habit to pursue or avoid.

As science develops, we have come to discover that many of the habits we once thought were horrible for our health, can actually be quite beneficial. From me to you, here’s a sampling of six lifestyle habits that aren’t so bad for you after all. 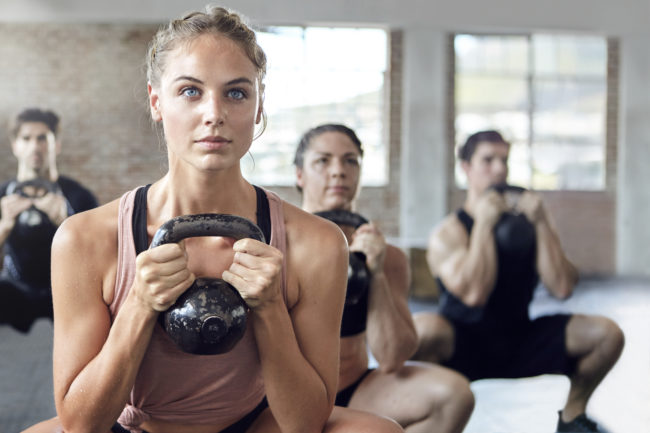 After a long day at the office, the last thing on your mind is changing into your favorite workout clothes and hitting the gym. However, according to a study published by Medicine and Science in Sports and Exercise, a simple 30-minute workout while feeling fatigued can actually have the reverse effect. It can quickly reduce your tiredness, improve mood, and reduce stress and anxiety.

I’ve been known to work some odd hours of the day, and inevitably, I may not eat dinner until closer to 9 or 10 p.m. I always think that I shouldn’t eat so late…but thanks to two researchers, I can finally ignore those silly thoughts. Apparently, ignoring late-night cravings can actually cause restless sleep. Eating at odd hours of the night won’t actually cause you to gain weight, as long as you stay within your allotted calorie range for the day.

According to New York-based Dermatologist, Dr. Joshua Zeichner, many Americans bathe every day because it has become the societal norm. We’re actually a lot cleaner than we think!

But by showering less frequently, you’ll allow the “good” bacteria time to grow. This bacteria helps fight off infection and dangerous chemicals that would otherwise soak directly through our skin into our blood streams. Over-showering can also dry out your skin and leave your hair feeling flat and dull.

Who knew that tequila could actually aid in weight loss? That’s right, according to the British Journal of Nutritiona regulated amount of tequila can help stimulate your metabolism. The secret is the agavins (or sugars) found in tequila. With their simpler molecular structure, these sugars go almost undetected in the bloodstream.

Taking a shot of tequila right after a meal can also aid in food digestion. It is also considered to be both a prebiotic and probiotic, can fight off osteoporosis, prevent Type 2 diabetes, and lower your chances of developing dementia.

5. Not brushing your teeth after eating

Howard R. Gamble, former president of the Academy of General Dentistry has said that in addition to brushing daily, it’s important to brush your teeth at the right times. Brushing immediately after eating can actually cause the acid from certain foods to speed up the damage done to your enamel. Instead, try waiting 30 minutes to an hour before brushing those pearly whites.

Diet Pepsi has the word ‘diet’ in the name, so it must be healthy, right? Wrong!

Research conducted at Johns Hopkins Bloomberg School of Public Health revealed that adults who drank diet soda consumed more food calories throughout the day than those who drank regular soda.

In addition, most diet soft drinks offer up promises of being “low-cal” or “no-sugar added.” The problem with these promises is that in order to take something out, something else has to be added. In this case, sugar is replaced with artificial sweeteners. Artificial sweeteners have been linked to weight gain, Type 2 diabetes, cardiovascular disease, and metabolic syndrome.

Now if you need me, I’ll just be over here improving my metabolism!