18 Important Things To Know About Being Sleep Deprived
Posted on:Jul 31, 2016 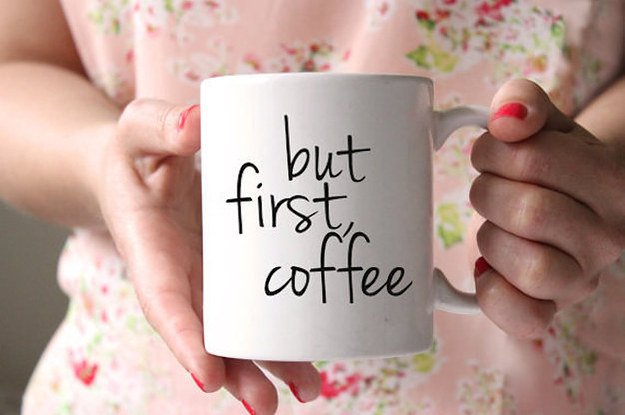 Including how to get the sweet, sweet ZZZs you need.

1. There are a few different ways to get lousy sleep. Good sleep involves duration, timing, and quality, Dr. Charles Czeisler, chairman of the board of the National Sleep Foundation and chief of sleep medicine at Brigham and Women’s Hospital, tells BuzzFeed Life. What this also means is that there are several ways to get crappy sleep that can hurt your health:

1. Getting less than six hours a night for many nights in a row, for instance, means that you’re not sleeping for as long as you need to be healthy.

2. Keeping a really erratic sleep schedule — staying up till 6 a.m. on weekends, but going to sleep at 10 p.m. and getting up at 6 a.m. on weekdays, for example. Having wildly divergent times that you go to bed and wake up can be bad for you.

3. Having your sleep interrupted throughout the night, either through a sleep disorder like sleep apnea, or through outside influences (think pets on the bed, or a TV that never goes off, or a cell phone that’s beeping and booping all night long). 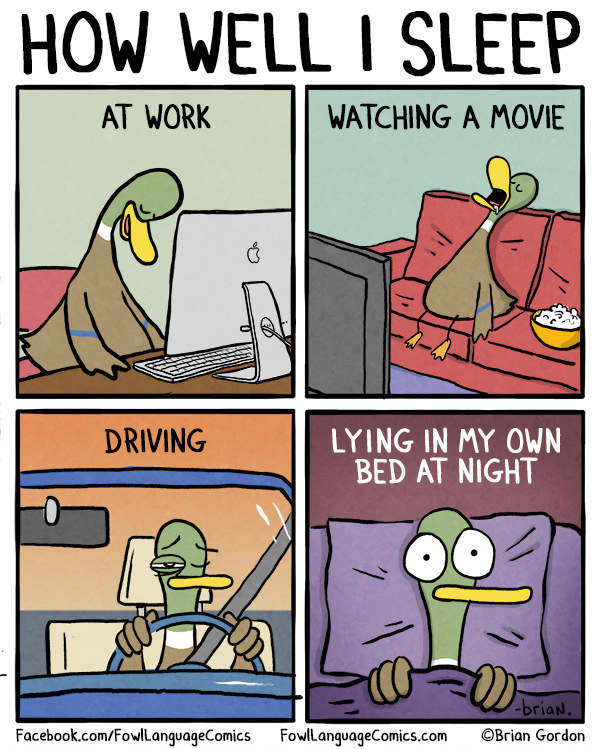 When you get consistently bad sleep, your brain suffers. You can experience impaired learning ability, poor judgment, emotional problems, poor motor skills, and more, Dr. Timothy Morgenthaler, president of the American Academy of Sleep Medicine and professor of medicine at Mayo Clinic in Rochester, Minnesota, tells BuzzFeed Life. (Many of these things are the same as when you pull an all-nighter).

(Special thanks to Brian Gordon, of Fowl Language Comics!)

3. You don’t even know how sleepy and impaired you actually are.

“If you talk to people who are chronically underslept, they perceive their sleepiness much less accurately,” Morgenthaler says. “They’re also not able to tell they’re impaired. It’s like having a bit too much alcohol — people who have a few drinks and think they can still drive safely. They’re not able to tell how impaired they are.”

There are hormones in your body — leptin and grehlin — that help regulate your appetite and your feelings of fullness after you’ve eaten. “With chronic sleep deprivation, the correct ratio of those hormones, and our body’s response to them, gets impaired,” Morgenthaler says. This can cause your appetite to go up, and your ability to tell when you’re satisfied to not work as well.

5. You end up craving high-calorie foods.

6. Your metabolism gets all messed up too.

When you’re underslept, your body stops metabolizing food as efficiently as it can, Morgenthaler says. 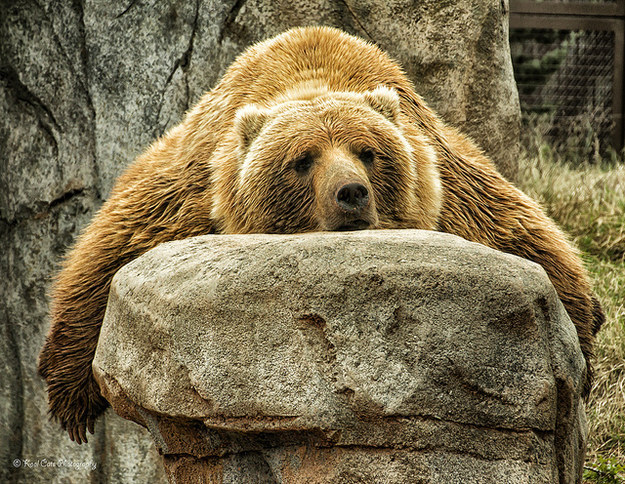 And it’ll definitely make losing weight much harder than it already is. See all the reasons above, for starters. And this article from the New York Times goes into more detail about the research on sleep and weight gain.

In 2006, the Institute of Medicine (U.S.) Committee on Sleep Medicine and Research published a book called Sleep Disorders and Sleep Deprivation: An Unmet Public Health Problem. From their chapter on the health consequences of sleep deprivation:

The cumulative long-term effects of sleep loss and sleep disorders have been associated with a wide range of deleterious health consequences including an increased risk of hypertension, diabetes, obesity, depression, heart attack, and stroke. After decades of research, the case can be confidently made that sleep loss and sleep disorders have profound and widespread effects on human health.

9. If you suffer from sleep apnea, you have a much higher risk of cardiovascular disease and even death. Sleep apnea is a sleep disorder where people stop breathing for periods of time while they sleep. It’s a very serious medical condition, and the vast majority of people with sleep apnea are undiagnosed and untreated, Czeisler says. And that’s a huge problem, because research has shown that death rates among people who suffer from sleep apnea are significantly higher than the general population. See what the American Heart Association has to say about sleep apnea.

HERE’S HOW TO GET BETTER SLEEP:

10. Seriously, put away the electronic screens for at least an hour (or more) before you go to bed.

This includes e-readers, cell phones, and even television screens. Czeisler says that new research has shown that people who read on e-readers at night suppress the release of melatonin (a hormone tied to sleeping) for an hour and a half. They have a harder time falling asleep, and a hell of a time getting up in the morning. And Morgenthaler says that people who keep cell phones in their bedrooms with them get less sleep at night than people who banish cell phones from the bedroom — they spend extra time texting, checking Facebook, playing games, and so on.

11. Ban cell phones and pets from the bedroom altogether.

That way you won’t get woken up in the middle of the night by a text message OR a dog that’s taking up more than his fair share of bed space.

Morgenthaler says a surprising number of people do this, and it can cause them to have lower quality sleep during the night. If you can’t sleep without some noise in the background, try a white noise machine or a fan, and train yourself out of the habit.

13. Try to stick to a consistent sleep and eating schedule as much as is possible. 14. Stop drinking caffeine after noon if you have trouble sleeping.

Morgenthaler says that if you’re suffering from sleep problems, do some research into what you’re eating and drinking to see if anything in your diet might be contributing to your issues. You might want to experiment with cutting out caffeine altogether, and also alcohol, which can interfere with your sleep quality.

Mug via PrettyCollected on Etsy. 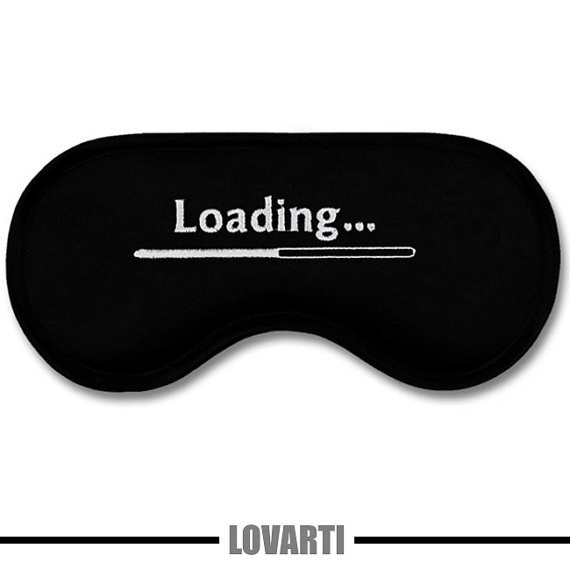 Sleep mask via LOVARTI on Etsy.

16. If you’re a new parent, get whatever sleep you can…and remember that there’s an end in sight.

Having a baby at home means you’re probably getting the worst sleep of your life. There are small things you can do to help yourself feel a little better: Nap when the baby naps, for instance. Naps don’t replace good sleep, Czeisler says, but they’re better than not sleeping at all. If you have a partner, do what you can to trade off middle-of-the-night duties (or sleeping in duties), so at least one of you gets a full night of sleep every now and then. Keep to a bedtime routine or schedule as much as is possible, if you can. Don’t overcommit yourself when you’re feeling exhausted — be good to yourself. And see a few other ideas to try out here and here.

You might also want to look into the Mimo Smart Baby Monitor (shown above). It’s a baby kimono that comes with a tracking device that can tell you all sorts of helpful things about your sleeping baby, like whether he’s actually waking up and needs your attention, or if he’s just stirring and you can let him be (and you can keep sleeping).

And if all else fails, just remember: Your kid will sleep through the night one day. Promise.

17. Sleep apnea is treatable — and if you have it, you should absolutely get treated for it. 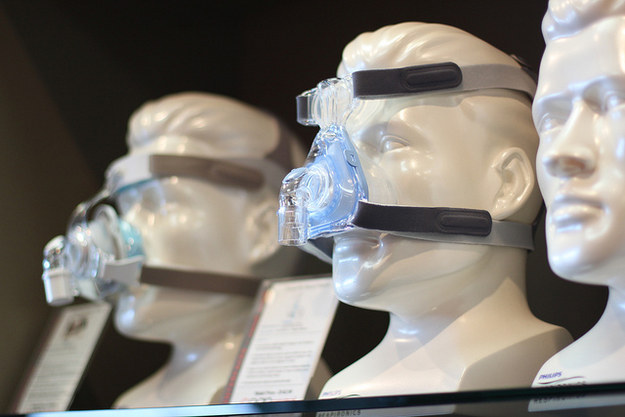 Many people don’t realize they have sleep apnea, Morgenthaler says. Major signs to look out for: loud snoring, occasionally waking up gasping for air, and sleepiness during the day (see more symptoms here). Most people realize they have a problem when their partners tell them that they stopped breathing for a few seconds at night. People who are overweight are also at higher risk for sleep apnea, and drinking alcohol can make symptoms worse, Morgenthaler says.

Pictured above are types of masks that people can wear to treat the condition.

18. If you’ve tried everything to improve your sleep, but nothing seems to be working…you should see a sleep specialist.

Visit sleepeducation.org, which helps you find sleep centers near you. Or talk to your primary care physician and ask to be referred to a specialist. “If you’re a person who has ongoing troubles sleeping, in spite of having good sleep habits … you really should see a specialist,” Morgenthaler says. “They’re very able to help with these things.”