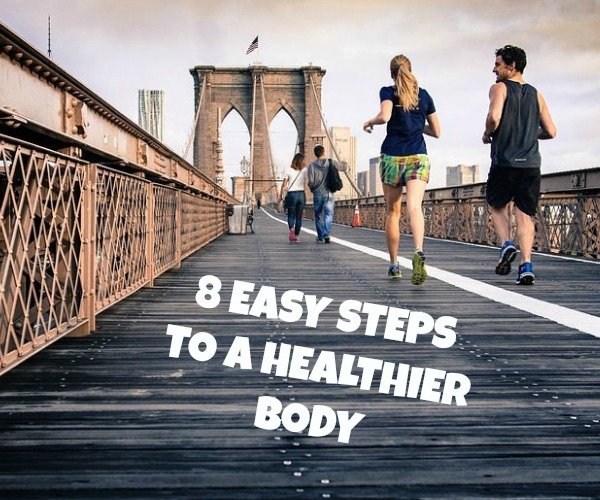 By now you should be convinced that all those magical diets that have come and gone are not worth your time. In fact, they can undermine your weight-loss efforts. Better to eat more of the right foods than to starve yourself into putting on weight. Doing right by your body doesn’t have to be difficult. Start by cherry-picking one or two of the following tips to start today, and add another couple every week until they become second nature.

1. Stay hydrated. If you are dehydrated, you may be burning up to 2 percent fewer calories, according to University of Utah researchers. Drink water.

2. Make the water ice cold. German researchers found that drinking 6 cups of cold water a day (48 ounces) can raise resting metabolism by about 50 calories a day—enough to shed 5 pounds a year. The increase may come from the energy it takes to heat that cool water to body temperature.

3. Eat the heat. Capsaicin, the compound that gives chili peppers their burn, can also fire up your metabolism. Eating about 1 tablespoon of chopped red or green chilies boosts the body’s production of heat and the activity of your sympathetic nervous system, according to a study in the Journal of Nutritional Science and Vitaminology.

4. Get more sleep. A 2009 study in the American Journal of Public Health and other studies show that people who get enough sleep to feel rested have healthier diets and less abdominal fat.

5. Fight fat with fiber. Research shows that some fiber can rev your fat burn by 30 percent. And numerous studies suggest that people who eat the most fiber gain the least weight. Aim for 25 grams a day, easy to reach if you eat one serving of beans and three each of fruits and vegetables daily.

6. Stand up when you’re on the phone. Make a habit of standing every time you talk on the phone. Missouri University researchers discovered that inactivity (of 4 hours or more) causes a near shutdown of an enzyme that controls fat and cholesterol metabolism.

7. Drink coffee or tea. Caffeine is a central nervous system stimulant, so your daily java jolts can rev your metabolism 5 to 8 percent—that’s 98 to 174 calories a day. A cup of brewed tea can raise your metabolism by 12 percent, according to one Japanese study. Researchers believe the antioxidant catechins in tea provide the boost.

8. Don’t cut the cheese. If you’re laboring under the myth that milk, cheese, and other dairy foods are unhealthy, you’re wrong —dead wrong. Dairy foods are packed with calcium, which boosts metabolism. Unfortunately, most men don’t consume the recommended daily amounts. So add milk, yogurt, and cheese back into your life. Bonus benefit: Research shows that consuming calcium through dairy foods may also reduce fat absorption from other foods.