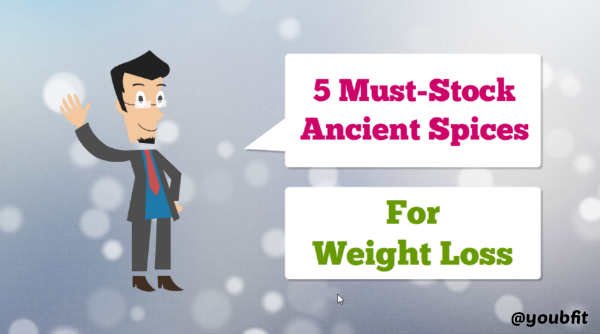 Mustard Seed
The mustard plant is actually in the cruciferous family of vegetables (along with broccoli, cabbage and Brussels sprouts, for instance). Mustard seeds have been shown to boost metabolic rate by 25 percent, which means you’ll burn calories more efficiently. In fact, just 3/5 teaspoon of mustard seeds daily may help you burn an extra 45 calories an hour.

Black Pepper
Black pepper contains a substance called piperine, which not only gives it its pungent flavor but also blocks the formation of new fat cells.5 When combined with capsaicin and other substances, black pepper was also found to burn as many calories as taking a 20-minute walk.6 As an aside, black pepper also increases the bioavailability of just about all other foods — herbs and other compounds – making it a healthy choice for virtually any meal.

Ginger
Ginger is another warming spice that has anti-inflammatory properties and is known to help soothe and relax your intestinal tract. Research also suggests that ginger may have thermogenic properties that help boost your metabolism, as well as have an appetite-suppressant effect when consumed, suggesting a “potential role of ginger in weight management

Cinnamon
This spice may help to boost your metabolism, and it also has impressive benefits for blood sugar regulation, making it an ideal seasoning for people with diabetes or pre-diabetes. Cinnamon has been found to significantly reduce blood sugar levels, triglycerides, LDL (bad) cholesterol, and total cholesterol levels in people with type 2 diabetes, as well as increase glucose metabolism by about 20 times, which would significantly improve your ability to regulate blood sugar.